Enormous thanks to everyone who supported the pop-up concert last Friday night. Together we raised an amazing £1202, which will be distributed to East Lothian Aid for Refugees and East Lothian Welcomes Refugees. People were very generous with their donations of wine and baking – so many people came along that the church was packed full! Thanks to Jane Burns who told us a little about the work of ‘East Lothian Welcomes Refugees’.

And to set the record straight – it was all Hazel’s idea in the first place, so well done to her!

The young musicians Danill, Martin, Hugo, Tai, Finlay, Gorka and Tianyou were brilliant, inspiring and enthralling. Many thanks to them for their fantastic performances. We wish them well in their musical careers and look forward to following their successes in the future. 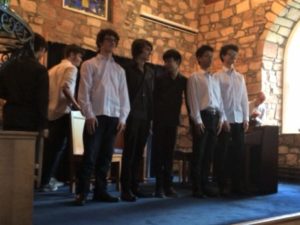 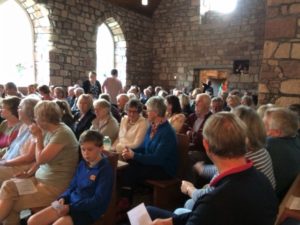