Gifford Film Club is back
£20 for 8 films or £5 payable at the door
First film is 11 March – The Truffle Hunters
Gifford Village Hall 8pm (doors open 7.30) 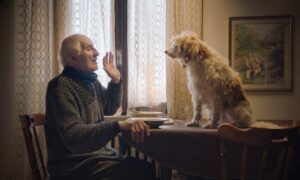 Deep in the forests of Piedmont, Italy, a handful of old men hunt for the rare
and expensive white Alba truffle. They’re guided by a secret culture and training as well as by the noses of their cherished and expertly trained dogs.
The demand for white truffles increases year after year and with the lack of young people taking up the mantle, the truffle hunters’ secrets are more coveted than ever